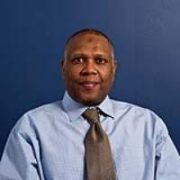 Mr. Mukhtar is a mechanical systems engineer and an international development practitioner, Mr. Mukhtar worked for several international organizations starting as project manager with Save the Children Fund (UK) in 1987 then migrated to Canada in 1990 and joined the Ministry of the Environment (Ontario Provence) then Canadian Physicians for Aid and Relief (CPAR) in Toronto. In 1995 Mr. Mukhtar joined Doctors without Borders (MSF – Holland) and worked in Central Asia until 2000, He then moved to Spain and joint MSF Spain, where he developed the water and sanitation strategy for the organization and established the WASH department. in 2002 Mr. Mukhtar moved to the USA and joined the American Red Cross mission in Ethiopia. After completing his mission in Ethiopia he moved back to WDC and joined Citizen Development Corps and managed its Private Sector Development programs in IRAQ and South Sudan. In 2008 Mr. Mukhtar joined International Relief and Development, Inc (IRD) as a Sr. Program Officer at the head office in Arlington (VA) and provided backstop support to many emergency programs worldwide. In 2010 Mr. Mukhtar established IRD’s mission in Sudan and assumed the Country Director role until Feb 2016. In September 2016 Mr. Mukhtar formed Innovative Relief and Development Solutions (IRDS) which is a National Sudanese nongovernmental organization and it has been implementing community organization and development interventions in seven states of Sudan. Mr. Mukhtar is naturalized Canadian and US citizen and currently live and work in Sudan. Mr. Mukhtar is a public speaker, trainer and projects developer focusing on community organization and development with special interest in ICT and Renewable Energy.