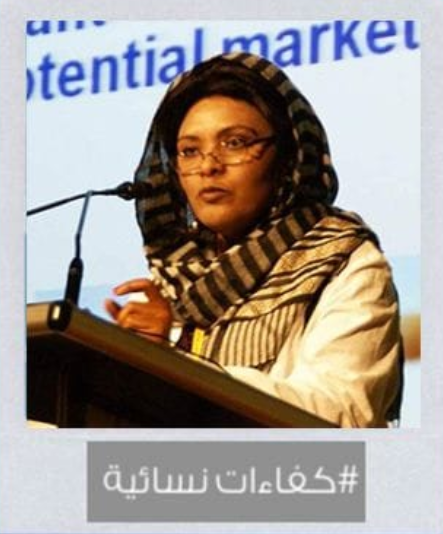 Senior Researcher at the Supreme Council for Environment and Natural Resources in Sudan, specializing in climatology and environment and coordinator of the project strategies for adapting to climate change. She graduated from the University of Khartoum with a Bachelor of Forestry Science and a Master of Environmental Science and then a Ph.D. in Forestry Science from the same University. Received the 2008 Nobel Peace Prize on behalf of the International Commission on Climate Change (IPCC), which was halfway between the Commission and former US Vice President Al Gore, held in Oslo Norway, after being selected to receive the award, also called the “Heroes of the Earth” award in 2008 within the international delegation of twenty-five people. She has presented several papers, contributions and researches in her sensitive field to the Arab Women Organization and local and regional specialized bodies.
UNEP has identified Dr. Balqis Al-Asha in the award report as follows: – Dr. Balqis Osman Al-Asha is a leading scientist in Sudan and a member of the Intergovernmental Panel on Climate Change (IPCC) and is prominent in global research on climate change. It has produced groundbreaking work on global warming – the greatest threat to our time – in North and East Africa.